Find this article at:
go.ncsu.edu/readext?770356
— Written By Cheryle Syracuse and last updated by Meghan Lassiter

A couple of months ago, a woman called the office to ask about the little stickers on produce. She wanted to know if they were of any help to the shopper when selecting produce, and she suggested this as a column idea. She was specifically interested in purchasing local, organic, and GMO-free produce. 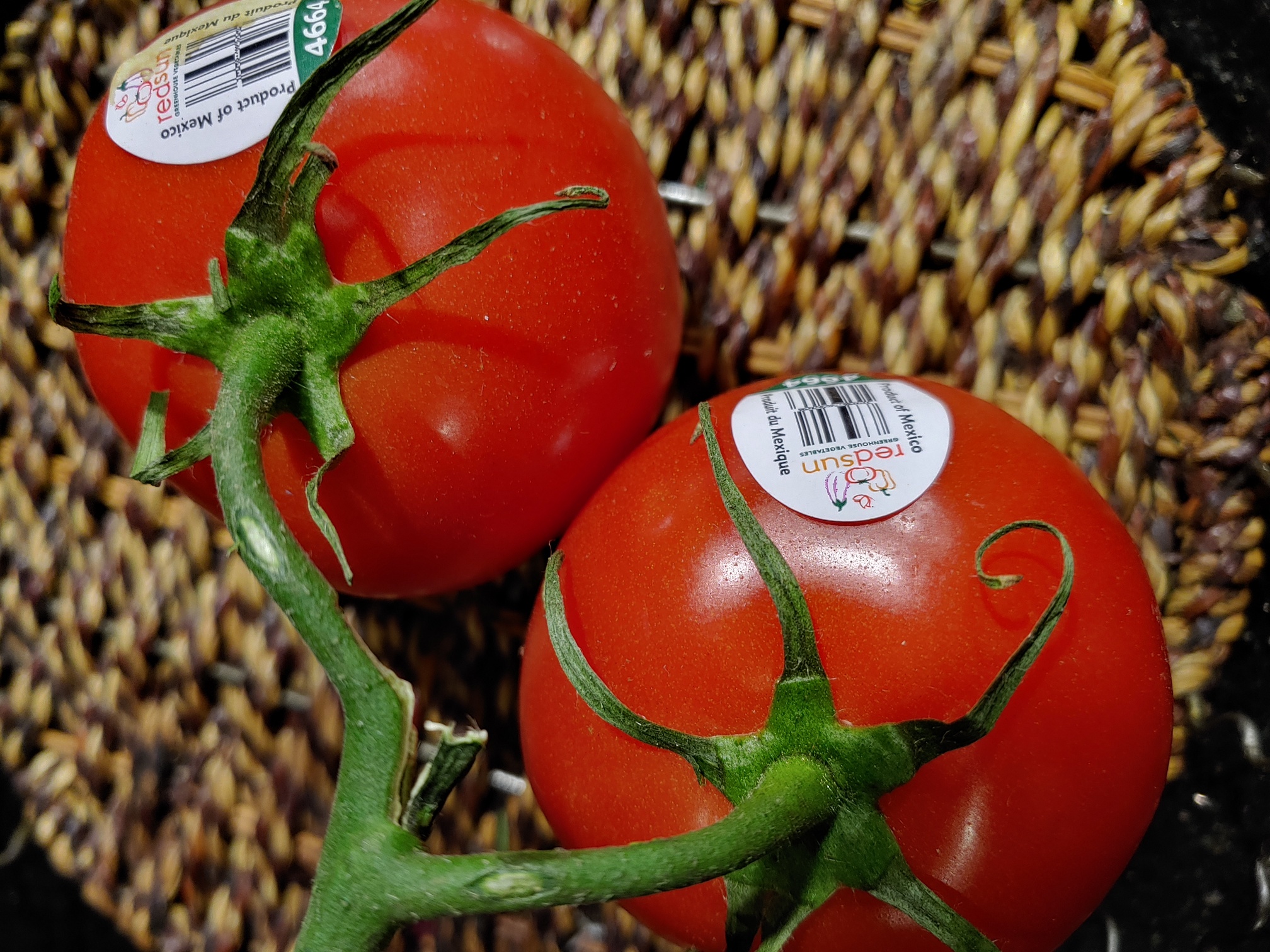 I asked a friend who worked in the grocery industry for over 20 years about these stickers. He smiled and started spouting off numbers… 4011 yellow bananas, 4033 lemons, and 3036 oranges. He said these were a great help to the stores. They are used to make check out and inventory easier, faster, and more accurate. They tell the electronic cash registers and the scanning devices which produce item is being purchased.

According to the Produce Marketing Association (PMA), a trade organization representing companies that produce, sell and distribute fresh produce and flowers worldwide, these stickers contain Price-Look-up (PLU) codes. They can be found on unprocessed produce items around the world. These PLU codes have been used since the 1990s. They are completely voluntary and not mandated by any government.

The PMA says there are over 1450 different PLU codes in use right now. These numbers have been assigned by the International Federation of Produce Standards (IFPS). They are all within the 3000 to 4000 series and have been assigned randomly. The 4 digit number doesn’t represent anything except that it has been assigned to a specific kind of fresh produce. The PLU codes identify the produce items based upon the commodity (apple, banana, or pear), variety
(Macintosh apples, Gala apples, or Fuji apples) and also size.

If it is a 4 digit number, the food was conventionally grown, but if a 9 is placed in front of the 4 digits it is organic. If the numbers at your store have more than 4
or 5 digits you should check with the produce manager for more information
about that specific store’s code. Examples: 4011 are standard yellow bananas and 94011 are organically grown yellow bananas.

Right now you shouldn’t find any PLU codes with the “8” prefix. At one time they had reserved these numbers for GMO (Genetically Modified Organisms) products.
But it was never used in retail. The “8” may be used in the future when the number of produce items around the world increases and there is a need for more numbers. As a consumer, you can’t use the PLU codes to help you select non-GMO produce; you’ll need to use other information or signage for this.

On foods like apples and pears where people tend to eat the skin, there is the
possibility of accidentally eating the sticker or a little of the sticky adhesive.
According to the FDA, they are edible because both the paper and the glue are food grade. They must be made from products that are generally recognized as safe in food. The stickers really don’t do anything for us nutritionally; they may actually be a choking hazard and should be removed as often as possible. But eating a few now and again (by mistake) should not be a big concern. But there is no good reason to eat them on purpose.

The folks at the Produce for Better Health Foundation have a great idea for parents and kids using these PLU stickers. The concept is to get kids (really everyone) to eat more and different varieties of fruits and veggies. They call it, “I’m Stuck on Fruits and Vegetables” and uses a blank card similar to a Bingo card. Kids are encouraged to collect the PLU stickers from each piece of fruit or veggie they eat. When the card is full, the kids can get a special treat (maybe a completely new or different produce item) and they get another card to keep going.

These PLU codes were not really developed to help the consumer. They do help us to get through the check-out and out of the store more quickly and we’re more likely to be charged the correct price for these items. While it is not required as part of the PLU code, some produce growers and marketers are now putting their
names, the product name, and county or state of origin on the stickers, this too
can be of great help to the shopper.

Cheryle Syracuse is a Family and Consumer Science team member and can be reached at N.C. Cooperative Extension, Brunswick County Center 910-253-2610 or by email at Cheryle_Syracuse@ncsu.edu.