Find this article at:
go.ncsu.edu/readext?867653
— Written By Cheryle Syracuse

Juneteenth is coming up next week.

Juneteenth (the word is a combination of the words June and nineteenth) has been celebrated since June 19, 1865. This is the day that Union soldiers told the slaves in Galveston, Texas, that the Civil War was over and that slavery had been abolished. This was over two years after President Abraham Lincoln had signed the Emancipation Proclamation, which freed the slaves. The freed slaves began celebrating and the celebration became an annual tradition. It has been an official state holiday in Texas since 1980 and last June, President Biden made it an official federal holiday.

Like many holidays, food is a big part of Juneteenth events. These celebrations include barbecues, parades, picnics, education and prayer.

Many of the foods served at Juneteenth celebrations are red in color. The color red symbolizes strength, resilience, ingenuity and spiritual powers. The color also comes for a traditional West African drink made from Hibiscus flowers and red kola nuts. Strawberry soda is frequently substituted for this red beverage.

While festive, red foods can also be healthful. Fruits and vegetables that are red usually contain antioxidants, which can reduce the risk of developing high cholesterol, hypertension and atherosclerosis. Red fruits and vegetables can also lower the risk of developing different types of cancer, such as prostate cancer, and protect against heart diseases and improve brain function.

In recognition of Juneteenth here are some ideas for red foods:

Make your own strawberry infused red drink for a Juneteenth celebration. This version is healthier than sugary soda pop, offers a refreshing flavor and still has the red color. Recipe source:  Med Instead of Meds. 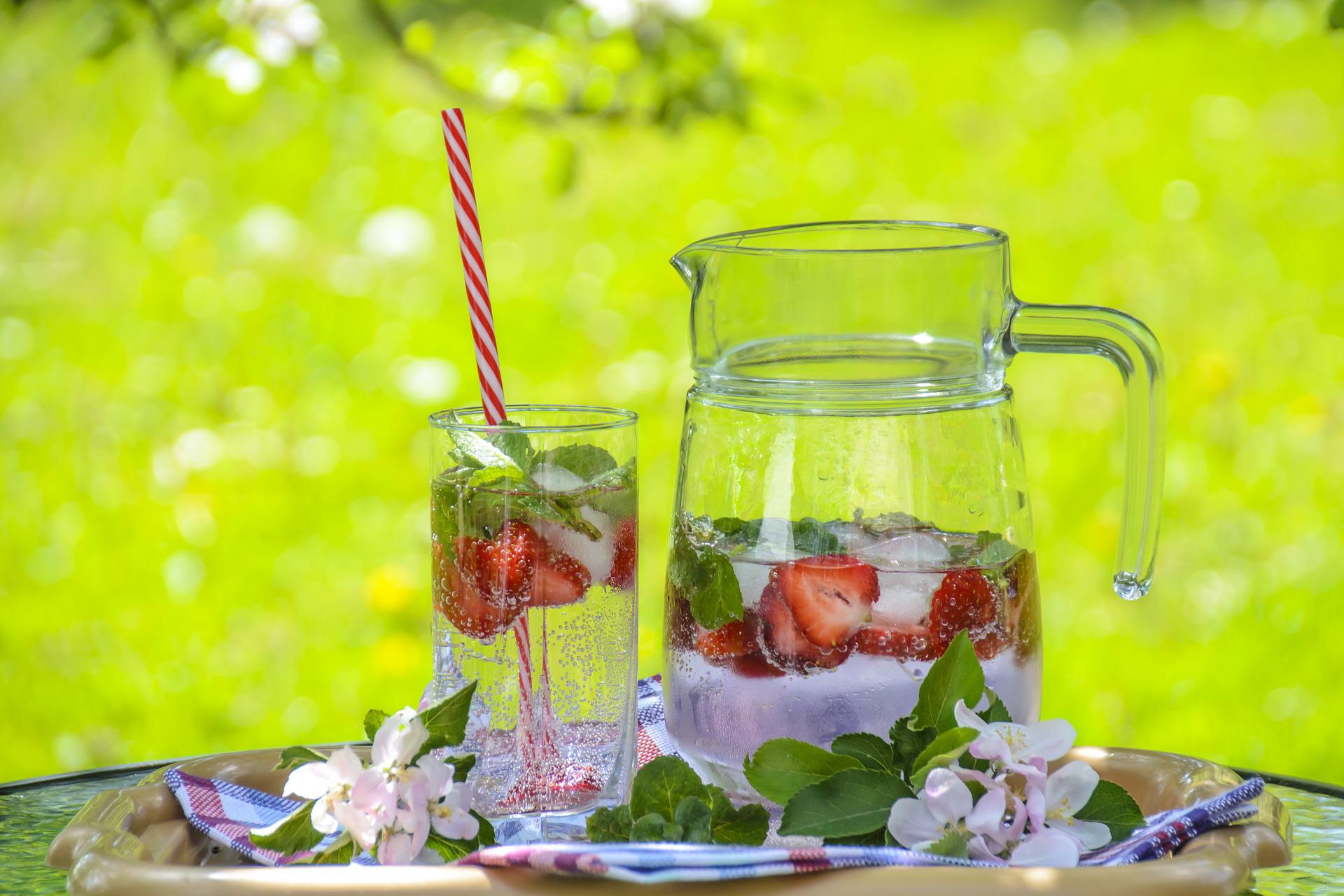 Based on consumption of strawberries and mint: One-cup serving provides 6 calories and 1-gram carbohydrates.

The longer you let this beverage chill in the fridge, the more flavor it will develop.

Med Instead of Meds was created by nutrition and the health professionals from NC State University and NC Division of Public Health. Eating the Med Way (Mediterranean) has been proven to protect against chronic illness. In some cases, eating the Med Way may even result in decreasing medications taken for blood pressure, high cholesterol, or diabetes. Check out the videos and additional recipes at Med Instead of Meds.

Syracuse is a Family and Consumer Science team member and can be reached at N.C. Cooperative Extension, Brunswick County Center 910-253-2610 or by email at Cheryle_Syracuse@ncsu.edu