Find this article at:
go.ncsu.edu/readext?528542
— Written By Angie Lawrence

For showing outstanding commitment to not only 4-H but the improvement of Brunswick County Citizens, Brunswick County 4-H Teens in Leadership Training Youth Volunteers were the only group recipient of the Governor’s Medallion Award for Volunteer Service. Four of the fifteen youth volunteers attended the Governor’s Medallion Awards Ceremony on Monday, May 4, 2018, at the State Capitol in Raleigh, NC. The award was received from Governor Cooper’s wife in his absence. Jillian Bowling, Sydney Blair, Bobbi Jane Lawrence, and Matthew Robles accepted the award from the First Lady they were accompanied by their TiLT youth volunteer coordinator Angie Lawrence and State 4-H staff Amy Chilcote. 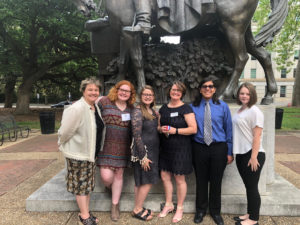 The 2017 Governor’s Medallion Award for Volunteer Service was implemented in 2006 to recognize the top 20-25 volunteers in the state. Medallion recipients are nominated at the county level by the county award coordinator. Only one Medallion nomination is permitted per county. A statewide panel reviews and evaluates all these nominations to determine the award recipients. Medallion Award recipients are honored at an annual recognition ceremony. The medallion is placed around the neck to signify the volunteer’s great service to the community. 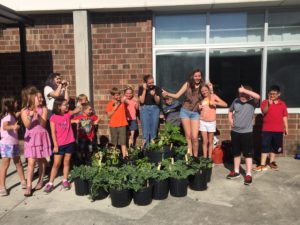 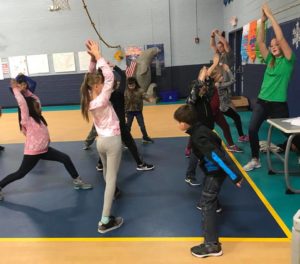 Brunswick County 4-H Teens in Leadership Training (TiLT) Youth Volunteers, volunteer upwards of 2000 hours a year as a group. Serving as camp counselors for 4-H Camp Brunswick, Healthy Living and Leadership instructors at Southport Elementary School, Healthy Living, Leadership, and STEM teachers at Communities in Schools After School programs and Cedar Grove and Shallotte Middle Schools, Gardening Club Leaders at Southport Elementary and Southport Christian School, in addition they serve at STEM nights at the area Elementary and Middle Schools. If that is not enough these youths teach all Kindergartners in all 10 Elementary schools about strong bone health with a curriculum written by TiLT youth volunteers in 2012. ALSO, six of these youth attend Brunswick County Early College and volunteer two Fridays a month from August until May every year, coming into the office from 9 a.m. to 4 p.m. to help other Extension Professionals, as well as file, answer phone, plan new 4-H curriculum, and help with whatever else is needed in the Brunswick County Cooperative Extension office. 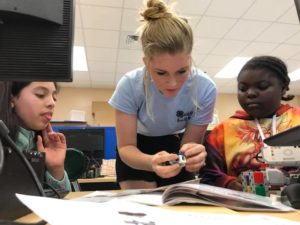 There will be a County recognition for these amazing young people with other adult volunteers that received the Governor’s Service Award in Brunswick County soon, time and date to be announced.